Due to Covid 19 restrictions in England, orders may take longer to process than usual.
▲
▼ 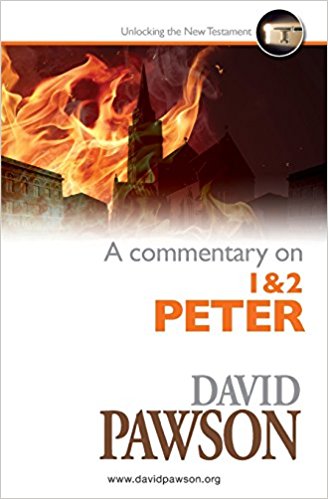 These two letters were written by the man who tried to persuade Jesus not to be crucified; also wanted to erect three shrines on a mountain top for Moses, Elijah and Jesus; also was targeted by Satan to be sifted (separated) from the other disciples; and whose self-confident loyalty was shattered three times within twenty-four hours.

But he had a special place on his Lord’s prayer list, which was undoubtedly a major cause of his transformation from a reed (Simon) into a rock (Peter), which enabled him to be the first pastor (not pope) of the church and the first preacher of the gospel (after Pentecost).

This high calling qualified him to protect both the church, from the persecution outside, and the gospel, from the corruption inside. That is why his first epistle majors on suffering and the second on backsliding, the latter containing the clearest warning against ’once saved, always saved’ complacency.

His boldness led to his own crucifixion, upside down at his own request. Bear this in mind as you read both his pastoral letters.