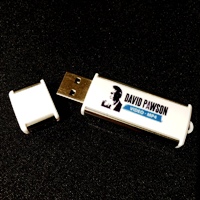 This USB stick is a collection of most of David Pawson’s Bible teaching videos, not including his seminal series "Unlocking the Old and New Testaments" which is large enough to require its own USB stick.